ABOUT YOOPER SECRETS AND ME

I was raised in Menominee, the southernmost town of Michigan's Upper Peninsula.  I graduated from Menominee High School and went on to the University of Wisconsin. 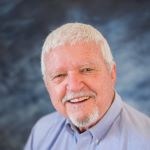 One reason I chose that school is that Menominee and the U.P. seemed more like Wisconsin to me than Michigan.  The culture, language, and people always seemed more familiar to me that what I experienced in the lower Peninsula of Michigan.

After I moved away from the Upper Peninsula and people would ask me where I was from, I said Upper Michigan and then always had to explain what that meant. Sometimes I would even say I was from north of Green Bay.

This was long before anybody ever heard of "Yoopers."

The term Yooper for the people of this region had not yet been invented.  That came along on August 5, 1979.

On that day the Escanaba Daily Press hosted a competition for people to come up with the best word to describe residents of the Upper Peninsula.  The winner was Brett Crawford of Bark river.

He's the one who came up with name Yooper.  And that day in history was the first time the term was published.

Now when they ask where you're from, you can just say "I'm a Yooper."

Florida & the Upper Peninsula Had Things in Common

I moved to Florida in 1960 when I joined the Navy, and have lived in the state ever since then.

Most people have a hard time understanding me when I explain what first attracted me to Florida.  It appealed to me because it reminded me of the Upper Peninsula, but with a milder climate.

Florida's population then was only a fraction of what it is today.  The state was covered with farms, fields, wetlands, and open space.

In North Florida millions of acres of pine forests covered the area with only a few small towns sprinkled here and there.

Central and south Florida had millions of acres of citrus and not that many people.  No matter where you were in the state, a beach was never more than 60 miles away.

There are very few places in the United States that have fewer people now than they did 100 years ago.

The population has remained stable for a number of reasons, the most important one being the depletion of its natural resources.

The U.P. was a boom region, like California had been earlier in the Gold Rush, like Texas and Oklahoma during the era of big oil strikes.  And like Florida still is today.

One hundred years ago the population of Florida was 962,000.  Today it is almost 22,000,000.  It no longer reminds me of the U.P. except for a few state parks and some of the national and state forests.

I have a website about Florida called FloridaBackroadsTravel.  I love to wander around the state and write stories about the state.  I also enjoy visiting the Upper Peninsula and writing stories for this website.

This website is for sharing memories and news with other Yoopers. It can't compete with the big government funded tourism websites, but I hope you will be entertained by it.