Thomas J. (Tom) Kuber of Menominee, Michigan is a prominent businessman and well known sailing skipper in the Great Lakes area of the United States. 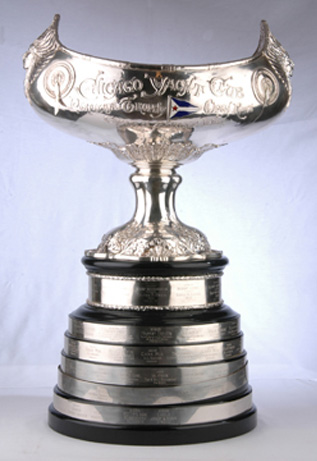 Kuber sailed in his first Chicago-Mackinac race in 1966 as crew on Doug Jones's Sparkman & Stephens wooden hulled "Windborne", and later sailed as crew with Jones on "Weatherly", a former 12 meter America's cup sailboat that was first to finish in the 1971 Chicago-Mackinac.

In more recent years, Kuber became well known in sailboat racing circles as the owner and captain of "Bantu", one of the most successful racing sailboats in the Great Lakes history.

"Bantu" is a Block Island 40 that has won more significant Lake Michigan and Lake Huron races than any other boat in history.

In 1996, Kuber and "Bantu" won the Chicago-Mackinac Race, a prestigious contest sponsored by the Chicago Yacht Club and first run in 1898.

The rating committees are always attempting to achieve fairness by penalizing the faster boats just as the game of golf assigns handicaps to golfers to compensate for the great golfers who always win.

Boats in a race are organized into sections based on their ratings.  A boat can finish first overall, but still come in well behind many slower boats because of "corrected time", the result of the ratings or handicap system.

Other races that Bantu either won or finished near the top are the Marinette-Menominee Yacht Club 100-Miler, eight TriState races.

Kuber and Bantu have retired from all but local racing, but they still enjoy sailing together in Green Bay.  Bantu is based in the Menominee Marina.